FONZIE PARKER
We adopted our little dog Fonzie in 2021. His previous owner was going
into a nursing home and was no longer able to care for him. My husband
and I had recently lost our little dog which had left a void in our hearts
and home. We gladly took Fonzie in and made him a part of our little
family. He has filled our hearts with so much joy.
After getting Fonzie, we quickly learned what pancreatitis was and how
serious it is for pets. One day he stopped eating, started vomiting, and
was very lethargic. He also seemed very painful. We were very
concerned and scared. We made him an appointment to see Dr. Sallee
and after running bloodwork and tests on him she confirmed that he was
having a pancreatitis flair up. We are unable to medicate Fonzie at home
so the wonderful doctors and staff hospitalized him and took care of him
until he was strong enough to come home. Since his diagnosis he has
had flair ups off and on, but we always make sure to get him to Fort
Henry Animal Hospital as soon as possible to get his treatment started
before things get worse.
We are so thankful for the doctors and staff at Fort Henry Animal
Hospital. Everyone is always very considerate, caring, and gentle.
Fonzie is always comfortable going to any of the doctors or nurses. The
doctors have always been very open with the diagnosis, treatment, and
what to expect along the way. We are so thankful that we found them to
care for our boy.
~The Parker Family 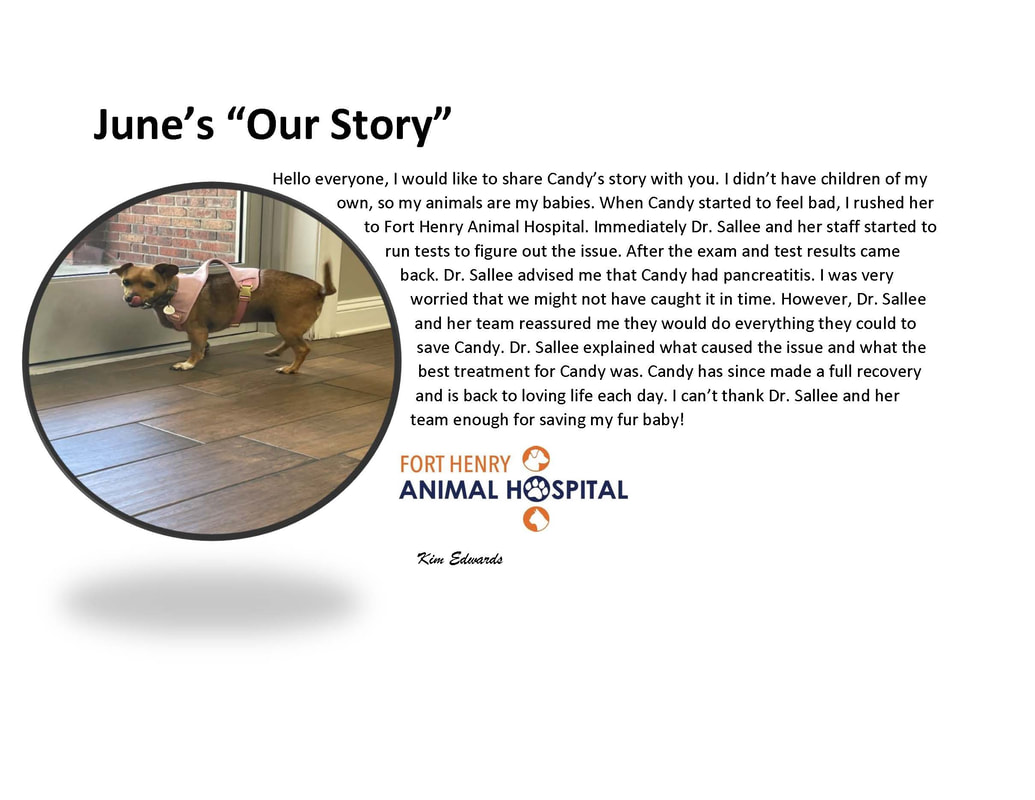 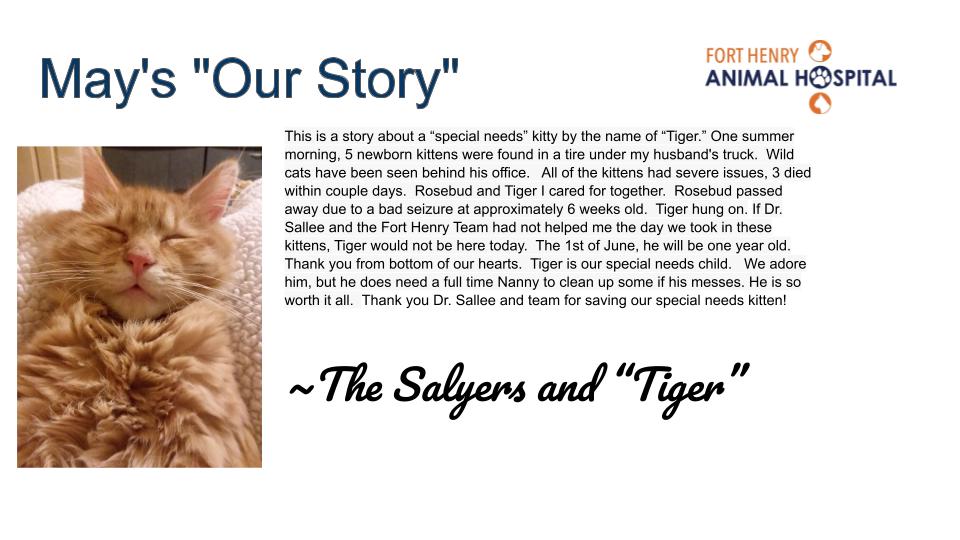 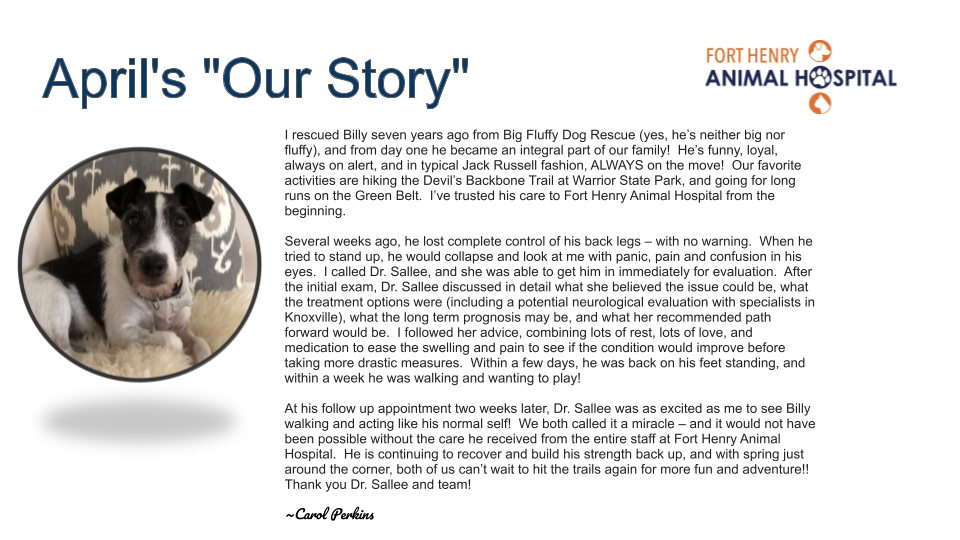 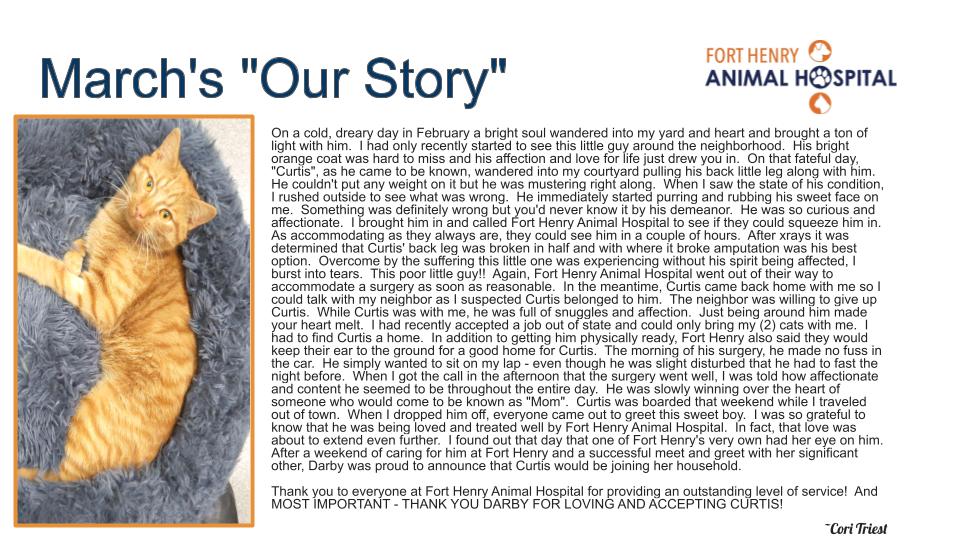 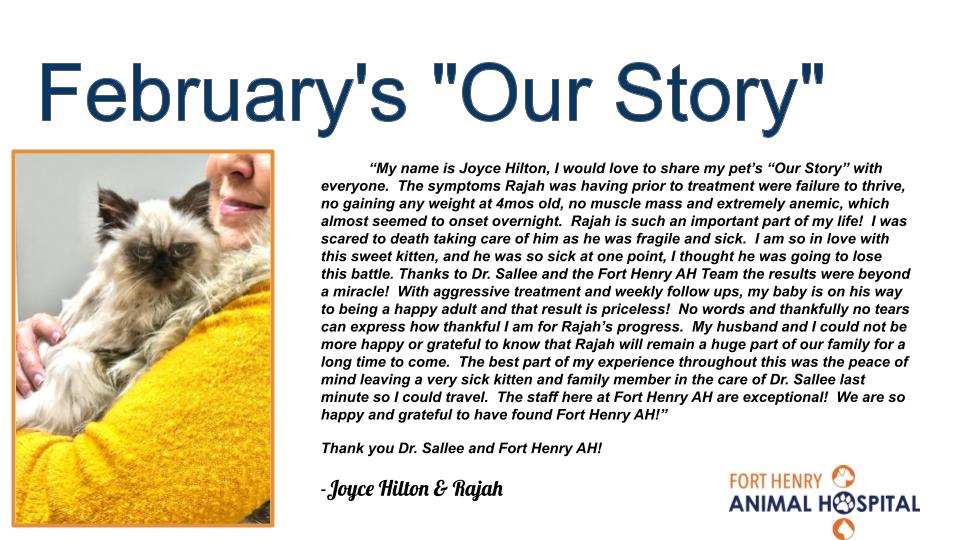 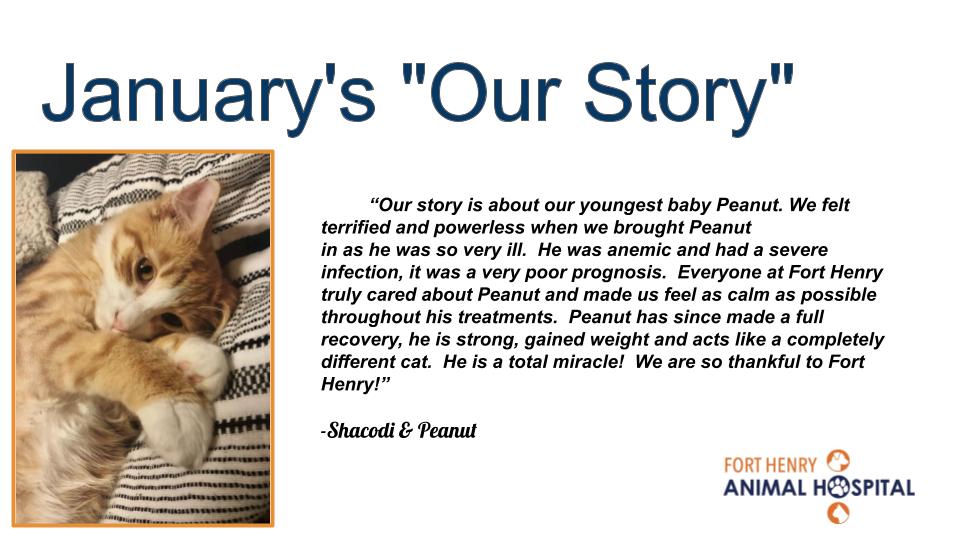 Lucy is my sweet little Labradoodle.  When she developed bloody diarrhea I was very scared & frightened for her.

Dr. Sallee was her Doctor when she was presented at Fort Henry Animal Hospital and they really turned her around.  It was a miracle!  She did great with her medications and much care from her Fort Henry friends.

Lucy's progress has been great and we really appreciated being worked in so quickly when she was so very sick!

Hi, my name is Lisa and I was introduced to Fort Henry Animal Hospital when my little love Bebe, was having problems delivering her puppies and needed an emergency caesarian section.

Bebe is an important part of our family, more like a child and not just a pet to me.  I had taken her for prenatal care elsewhere, to be sure that I was doing my part to protect her health. That hospital was not set up to do an emergency caesarian section when Bebe had trouble delivering.

Dr. Sallee at Fort Henry Animal Hospital was able to step in at the last minute and save my Bebe and her puppy.  I am overjoyed at the outcome and also with my babies’ follow up care as well.

The part of this difficult experience that I especially appreciate was the compassion for my feelings and for my animal’s feelings during this very tough ordeal.

Thanks to Fort Henry Animal Hospital for saving Bebe and for bringing little Ne’vie safely into our family!
​
-Lisa Grindstaff, Bebe and little Ne’vie

​Hi there!  My name is McDuff and I am a West Highland White Terrier.  I recently became very sick and lethargic, suddenly one morning.  After running some tests at Fort Henry Animal Hospital, Dr. Sallee diagnosed my condition as a gall bladder attack.

Mom says that I am a huge part of her life and for 14 years I had never been sick.  My sudden illness really frightened her.

After a 2 night stay at Fort Henry Animal Hospital and then a couple of days at home on medications, I started to have an increase in my appetite and energy level.  Mom is thrilled with my progress, but now she watches my diet very closely and I don't get as many treats anymore.  The good news is that I feel so much better, I can keep up with my 3-year-old little sister.

We are very thankful to Dr. Sallee for her quick response in saving me.  She is a such a very caring Dr!

Thanks to all the caring staff at Fort Henry Animal Hospital, 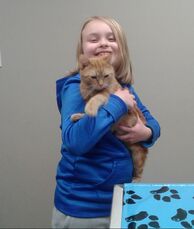 Our new kitten's name is Cypress.  She had an upper respiratory infection when we adopted her from the animal shelter.  Cypress is an important part of our lives, and  especially for our daughter.  We were all very concerned and worried about her well-being.  Her exam at Fort Henry Animal Hospital was on December 31, New Years Eve and within about 3 days of starting the prescribed medications, she began feeling so much better!  We are thrilled with how quickly she recovered and appreciate Dr. Sallee's care.  The time spent with us explaining the infection and how to treat it was greatly appreciated.  Everyone at the office showed kindness to our kitten and toward us as well.

My name is Beverly and I brought my kitty Milky Way to Fort Henry Animal Hospital with a very irritated backside when her treatment began.  She would rub her rear on the floor and she was very agitated and mad while aggressively swishing her tail back and forth.  She was also overweight, which probably led to her problems.

My cats are my babies and are very important to me.  I felt very concerned and upset that she was feeling bad.  I felt like a bad mama.

At Fort Henry Animal Hospital, they ran some tests, which hadn't been checked since 2011 when I got her.  I found out she had a urinary tract infection which was treated to help her feel better.  They also told me how to put my kitty on a diet to help her lose weight.

It has been 10 days since Dr. Sallee first saw Milky Way.  Milky is friendlier.  She is not swishing her tail and her butt looks better.  She is not dragging her rear on the floor and has even lost 0.45 pounds.

I especially appreciated the compassion that Dr. Sallee and her staff have shown for my fur baby and for me.  They are very understanding and easy to talk to.  Most importantly I am happy that they have helped Milky Way feel better.

Thanks from Beverly Frye & Milky Way! 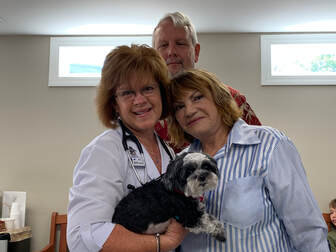 Hi all, my name is Roxie & I was having lots of problems when my pet parents brought me to Fort Henry Animal Hospital. I was feeling bloated, overeating, drinking a ton of water, panting, gaining weight, moaning & generally experiencing weakness and misery.

Mom says I’m her baby girl. Usually I just wag my tail and look at her with mischievous eyes to get what I want.  When I started feeling so bad, that all changed and Mom & Dad were worried, frightened and devastated with my deteriorating condition.
But then Dr. Sallee checked me out, looked at my blood samples and scanned me with x-rays and ultrasound.  She found out that I was suffering with Cushings Disease.

Once I started taking a special medicine along with a diet change, Mom says that she has her baby girl back. She’s glad to see me happy and playful again. My Mom Rosa says she especially appreciates the compassionate, knowledgeable and professional staff.

Dr. Sallee has saved my life for a second time, now!  We have moved to Florida but Mom keeps in touch by phone and says if we have trouble, we’re coming back to Tennessee to visit Fort Henry Animal Hospital.Thanks for all the help!

​My name is Scottie and my pet Angel, transferred from the Airport Pet Emergency Clinic to Fort Henry Animal Hospital because she was feeling very lethargic and was having several ongoing seizures.  Angel is like a family member to me and is loved by everyone she meets.  We are always together and she had me extremely worried and scared.  It was a mystery to me what was wrong, but Dr. Sallee found the right medication that helped Angel and she is like a new dog now.  I am very relieved at how well she's doing and everyone at church say our prayers were answered.  Once I found the right doctor it seemed like everything just worked out great, but it was scary to see her having multiple seizures over 3 days.  I was a nervous wreck when  I first got her to Fort Henry.  If  I'd had access to Wings Air Rescue, I would have helicoptered her to Dr. Sallee!!